I would not have known what it is to covet if the law had not said, "You shall not covet. Apart from the law, sin lies dead. It was sin, producing death in me through what is good, in order that sin might be shown to be sin, and through the commandment might become sinful beyond measure. Sin is like a sleeping dog, and the law comes along and kicks it. Was the sin there before the law came? Yes, but the law, in a way, made sin worse, exceedingly sinful. This is the purpose of the law: to kill us, or better, to show us how dead we are. 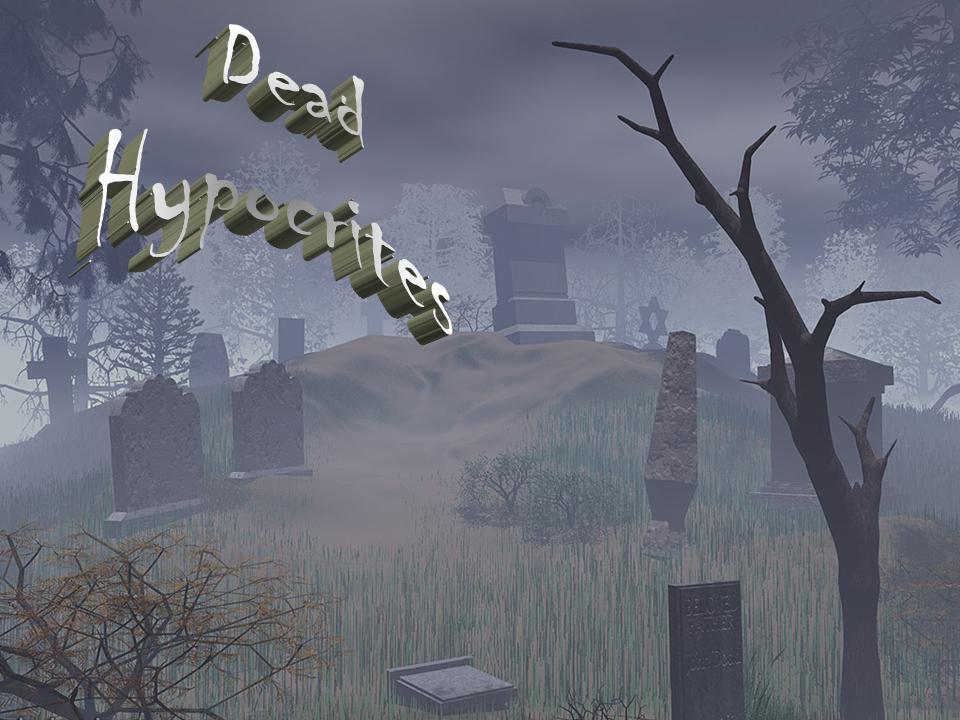 Apart from the preaching of God's law we are free to live in the delusion of our own goodness, the haze of self-assured holiness. In this way Christianity is different, it does not begins with man's goodness but with his sinfulness. We hear first not of our own abilities, but our inability to do anything good.


Rather than being another system of morality, another teaching about how to live, the Scriptures first put us to death, condemn us, and removes any possibility of attaining holiness by our own efforts. It is then that the good news of Jesus comes to the rescue. I came not to call the righteous, but sinners. We are not first righteous, but sinners who are forgiven by Jesus. We despair of ourself and then trust in Christ, in Christ alone, for our salvation.

We know the we are unholy in ourselves, and that Jesus has called us holy in Him. The Lord's people, then, do not speak of themselves as if they had no sin. Jesus forgives sinners. Putting Away Hypocrisy This is how, in the Lord's way, we avoid hypocrisy: we continue to confess our sins. We acknowledge that we are sinners always in need of the Lord's forgiveness. Rather than speaking like we're holy and acting like we are not, Christians confess their own sinfulness, and then rejoicing the Lord's forgiveness we begin to act and do good works of love for our neighbor.

Rather than living in a puffed-up piety, we live humbly before our God and our neighbors, we consider others better than ourselves [ Philippians ]. And when we fail to love and act as we ought, then we again confess our sins, rejoice in the Lord's forgiveness, and pray that the Lord would grant us opportunities to love and care for our neighbors. We live as we are: forgiven sinners, undeserving children of our gracious heavenly Father.

And how do we react when the Lord's Church is accused of hypocrisy? This accusation is an opportunity to speak of our need for and the Lord's provision of His goodness. Perhaps the conversation would should like this:. What do you think a hypocrite looks like? By James Gordon For Dailymail. Donald Trump vented his frustration in a late-night Twitter rant after a day that saw a number of usually loyal Republicans join Democrats to condemn him for withdrawing American troops from northern Syria.

The troop withdrawal has been widely condemned for leaving America's former Kurdish allies at the mercy of an assault by Turkey. Democrats always liked that position, until I took it.

Democrats always liked Walls, until I built them. Do you see what's happening here? The tweets served as the culmination of a bruising day for the President. President Trump ended up having a bruising day after many normally loyal Republicans crossed party lines over the issue of America's pullout of Syria and leaving the Kurds behind. President Trump ended up venting his frustration on Twitter in a late-night tweet. The vote saw Republicans join Democrats to condemn Trump's decision to withdraw U.

Death Of Hypocrites by Harvy Sevillano on Dribbble

In a second tweet sent after midnight Eastern time, President Trump continued to pour fuel on the fire. Media has been more outraged in the last 72 hours over our Syria policy than they were at any point during 7 years of slaughter,'' Trump tweeted, appearing to quote conservative radio host Buck Sexton, as he attempted to focus some of the blame on the former administration.

Earlier on Wednesday, he lashed out at Democrats during a closed-door White House meeting before sparring publicly with Republican allies. The President's twitter rant continued well past midnight as he attempted to shift blame onto the previous administration. Chuck Schumer, left, and Pelosi told reporters at the White House that Trump 'had a meltdown,' and called the speaker either a 'third-rate' politician of a 'third-grade' politician.